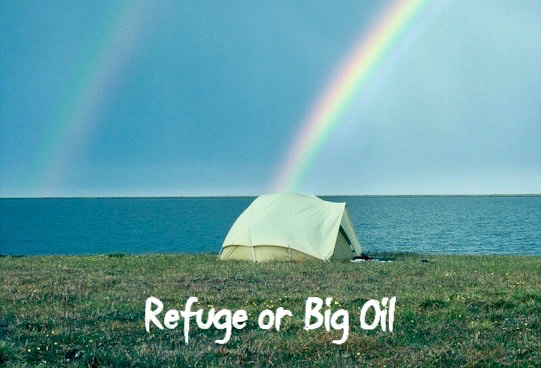 What is life like for a biologist on the ANWR?

I wrote many letters to my family when I was a biologist for the U.S. Fish and Wildlife Service in 1984. I thought readers would enjoy hearing about what it was like to live on the Alaskan tundra. I hope to spark some interest in the amazing "American Serengeti". I hope to make people aware of the threat of oil exploration and the destruction that it can cause to this beautiful and wild treasure.

Greetings from the ANWR

My adventure began by nearly missing my plane out of Seattle, but I made it to Fairbanks. I’m in Alaska! I can’t believe I’m actually here!

I was met by a U.S. Fish and Wildlife biologist and introduced to the team members involved in our environmental impact research. My group will study the bird populations, but others are surveying polar bears, musk ox, wolves, fish, and even plant life. We’re all on a mission to determine if oil exploration will harm the Arctic National Wildlife Refuge. I’m so excited to be a part of a group that’s making a difference. Hopefully, we’ll prove this is a special place that should be preserved forever. After all, it’s a refuge. We should protect it, right? Of course, right!

The next day we left Fairbanks in a giant rickety plane loaded with about 1200 lbs of equipment. We bumped down the runway (praying the whole time) and burst into a grey afternoon. We rumbled past tiny villages, forests, barren hills, and right over the Brooks Mountain range. It looked like chocolate brownies drizzled with snowy marshmallow creme.

And there is was—The Tundra! It spread beneath us to the horizon. Flat, endless, and dotted with millions of pools of water. I wasn’t expecting it to be so wet. The sky was reflected as if in tiny glistening mirrors. Every once in a while, I would catch the shadow of the plane as we passed over. Soon the watery surroundings became icy then snowy. And then a dreadful fog enveloped us. The pilot announced that we couldn’t make it to Barter Island, so we headed to Prudhoe Bay. In between waves of foggy air, I caught glimpses of the pipeline. Grrr.

We landed (safely) and slept on the floor of an office. At 5:30 in the morning, the pilot got us up, and we left. I discovered, in the wilds, you go when you can.

We arrived at the USFWS Field Station in Kaktovik about an hour later. We divided into teams of three and loaded our stuff onto a helicopter. This was our mode of transportation to our campsite. I was a bit nervous. It looked flimsy—there’s a big bubble window in front and one on the floor. I wanted to sit in back, but the pilot helped me into the front seat next to his. He was very handsome—a Magnum P.I.—type.

Once I got over the initial feeling of sitting out in open air, I spent the rest of the time looking down between my feet as the brown ground rolled past. We flew over what seemed like gazillions of caribou. I couldn’t see the beginning of the herd or the end. It was so impressive! We even passed over a small herd of Musk Ox. They look like something out of the Stone Age. They have big shaggy heads and even shaggier coats that ripple like waves when they run. They don’t like the helicopter.

Our camp is located in the middle of nowhere. The tundra stretches in every direction. It’s so flat you can see to the horizon. The mountains are the southern border, and the Aichilik River is a few yards away to the east. We set up camp in the driest spot we could find. The ground everywhere is mushy. It’s like a soggy sponge that squishes when you step on it. Patches of snow littered the landscape.

I’m working with two guys—Mark and Dan. Mark is from Colorado. And Dan is from Cleveland, not far from where we live. Can you believe it? Small world. They seem friendly, and they’re definitely passionate about saving the refuge from the oilers too!

It took us two days to set up our campsite. We each have our own dome tent. We have a large supply tent and a main cook/work tent made with a wooden frame and floor that we had to build.  Mark hung a sign on the front flap: No Bears Allowed. We erected a radio antenna-our only source of communication. And the most fun? We dug a latrine. This is no small task when you’re digging into permafrost! Dan fashioned a wooden barrier on one side for privacy and a makeshift seat. There’s a lovely view of the mountains from there!

On the afternoon we arrived at our campsite it was a sunny, blue-sky day and the temp was in the sixties. On Monday morning, I woke up to snow and 32 degrees! Amazing temperature changes. This is evidently common, according to Mark. To think I was wearing shorts a week ago!

I’ll add a quick note about my attire. I am currently wearing: long underwear, corduroys, wool socks, a turtleneck, and a wool sweater. We wear knee-length rubber boots because we’re walking in water nearly all the time. I’m already working on blisters.

Last year a team like ours surveyed and set up the plots that we are going to use. They’re rotated to different areas of the refuge. Later this summer, we’ll survey for next year’s groups. Our duties are to document the types of birds seen, their behaviors, egg counts, nest success, and to band the chicks within those plots.

NB—we found our first nest today made by a songbird called a Redpoll. There were five blue and brown-speckled eggs in it.

We see tons of caribou every day. Their pure numbers alone are phenomenal. I have to stop what I’m doing and just watch them. They’re always on the move. Grazing. Walking. They cruise past our tents—close, but not too close. It’s calving season. It’s interesting to see that the moms put themselves between us and their calves. I’ve seen a couple that must be one or two days old—they’re still very wobbly. They have to grow up quickly to keep up with the herd.

Well, I hear the guys banging around the “kitchen,” so I better go help make dinner.  I’ll write more later. 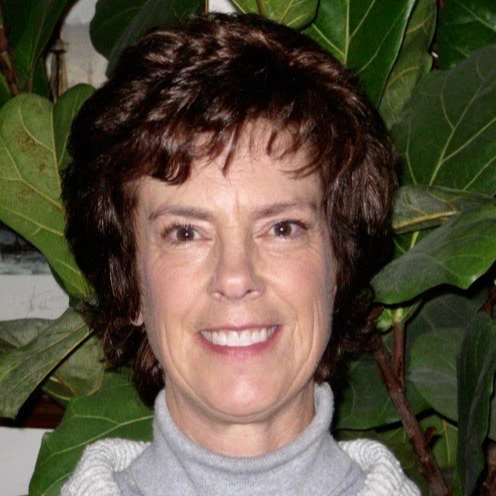 My name is Carrie Griffith. I’m a freelance writer with a love of all critters great and small. I am a published author in the Journal of Veterinary Emergency and Critical Care, several wildlife papers, articles, and books. I also self-published a collection of veterinary stories called So How Was Your Day, Doc?

As a freelance writer, I strive to provide clients with exceptional workmanship. My areas of expertise include fictional and nonfictional genres in veterinary medicine, pets, and wildlife/environmental topics.

Here's what other people have said about working with me. Have we worked together or have you read some of my work? Please submit your testimonial to be featured!

So How Was Your Day Doc? by Dr. Carrie A. Griffith is a must-read for anyone who loves animals. The book is a series of short vignettes by different veterinarians that are as much about the owners as their pets. Funny, sad, and heartwarming, the book is filled with evocative descriptions of veterinary practice. From Tootsie, the mischievous Lhasa Apso, to the owner who asked if her dog could have a "distemperment" shot because she was mean, you will enjoy the characters you meet in this book!

Get in Touch
Follow us on social media


